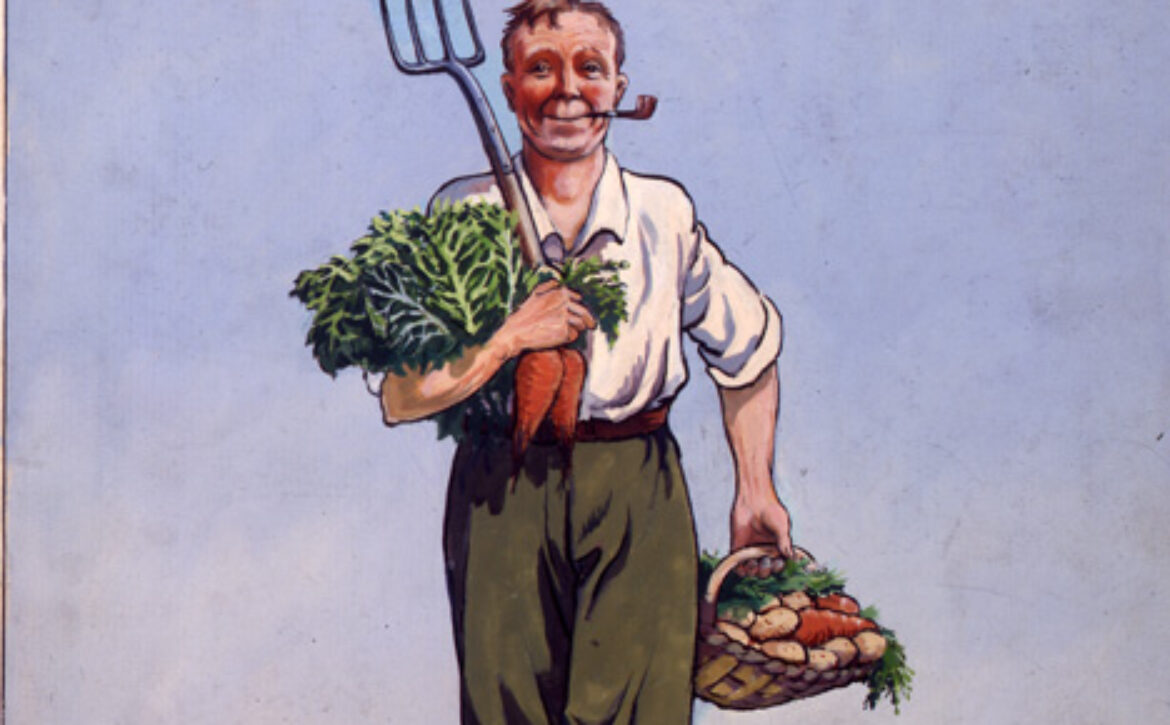 In the coming month and for much of this year, and most likely for the next years, we will be dealing with the Covid19 pandemic. Sadly long periods of quarantines, economic downturn, decline of world trade, and mass unemployment around the world, leading to cases of extreme poverty will become the norm. Whilst there is little that can be done to immediately reverse the effects of Covid19, proactivity and resoluteness is essential. Local crisis management needs to be prepared, carefully planned and proactive.

In times of world wars, or extreme economic crises, governments of the time did everything they could to promote individual self-sufficiency. They created urban gardens, urban farms, and made it possible for their citizens to produce a lot of the foods they needed to survive. The crisis we face today again necessitates these actions, but this time on an even grander scale.

What can governmental and municipal bodies do? 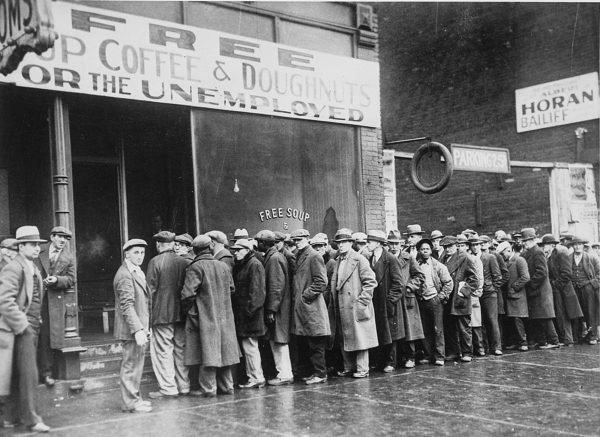 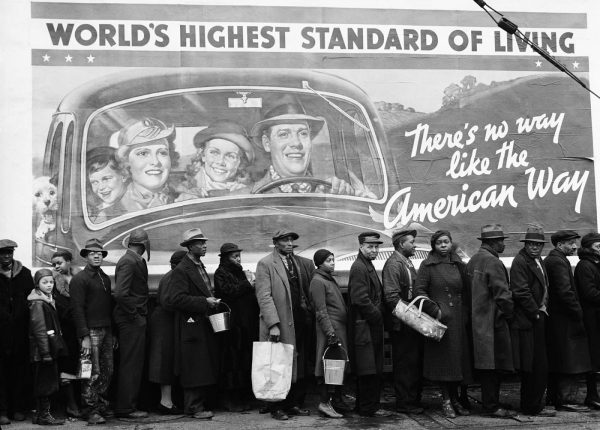 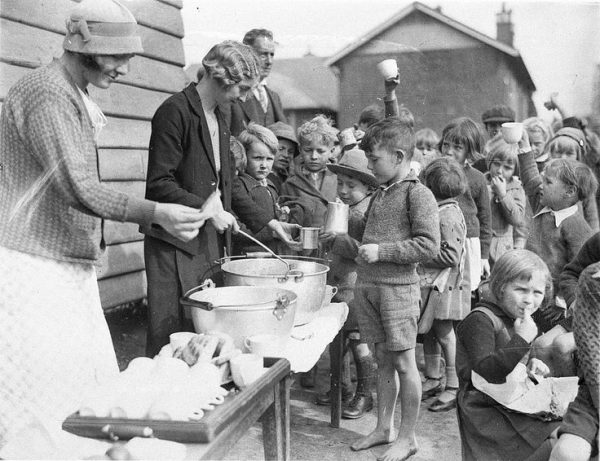 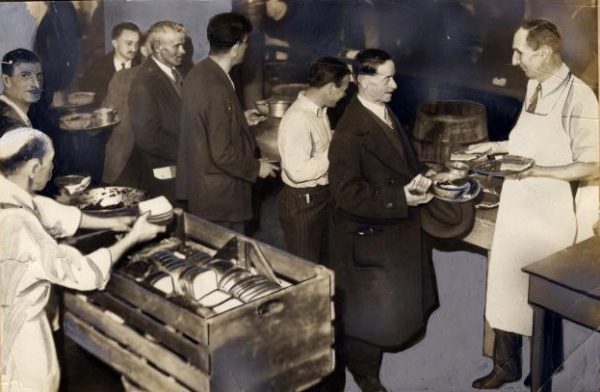 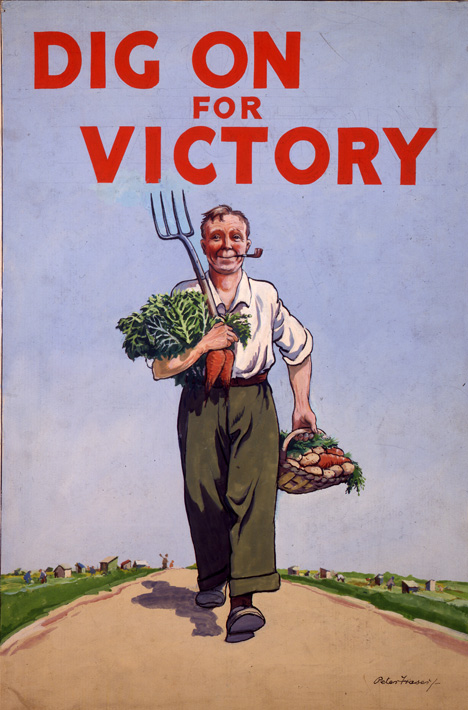 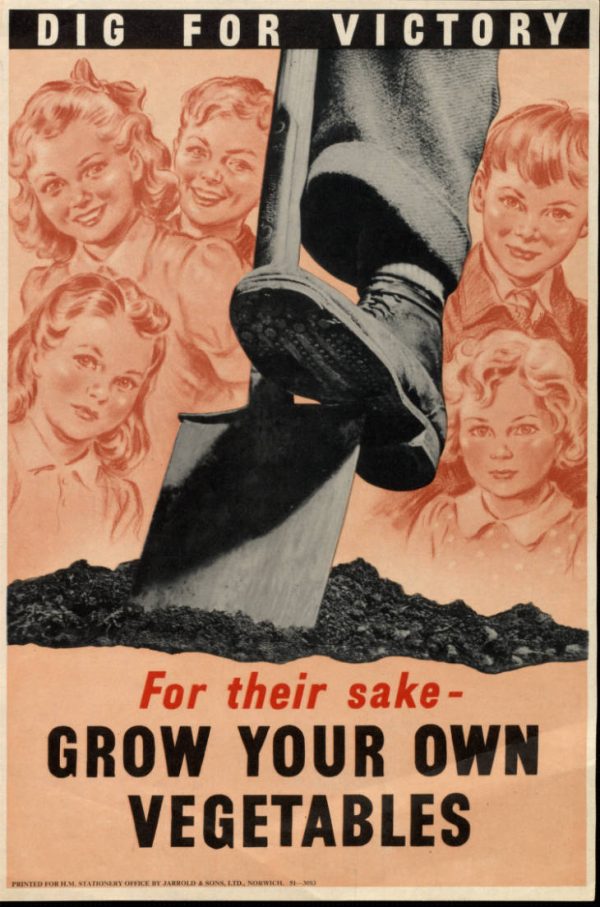 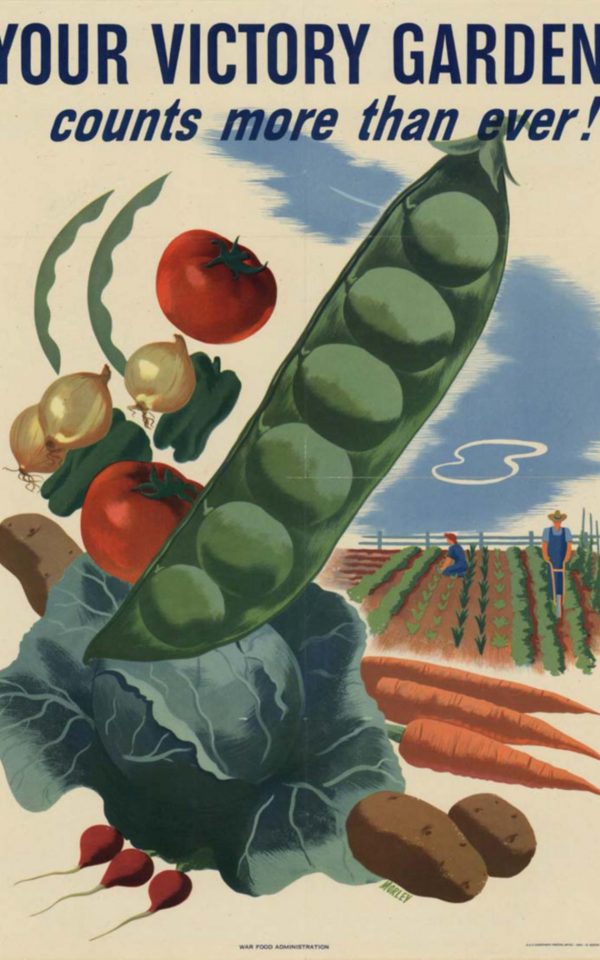 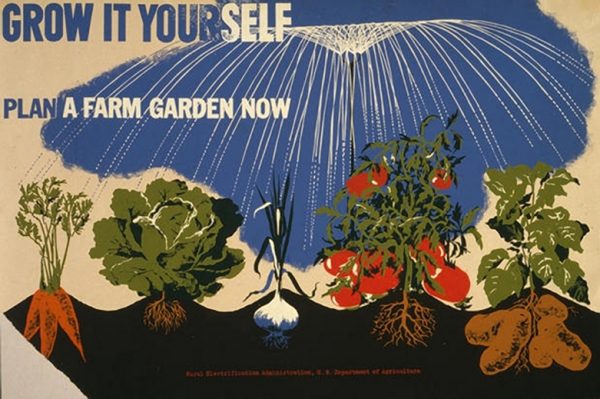 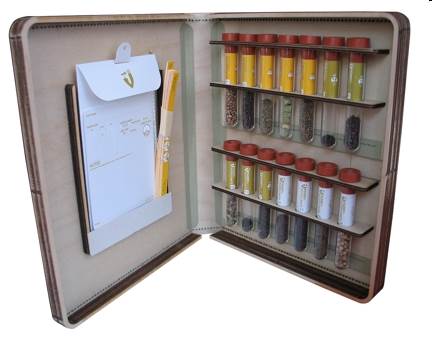 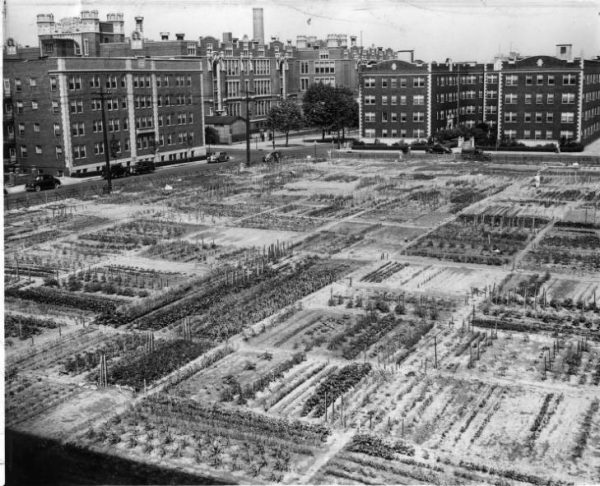 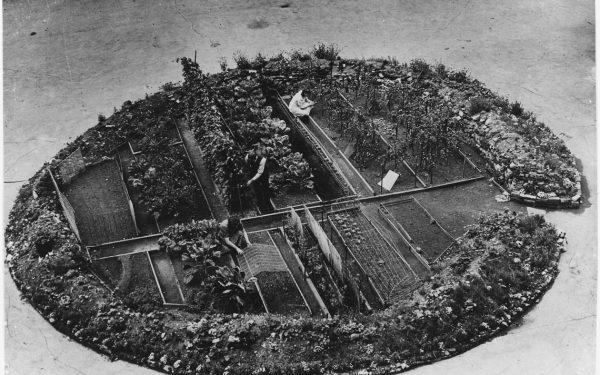 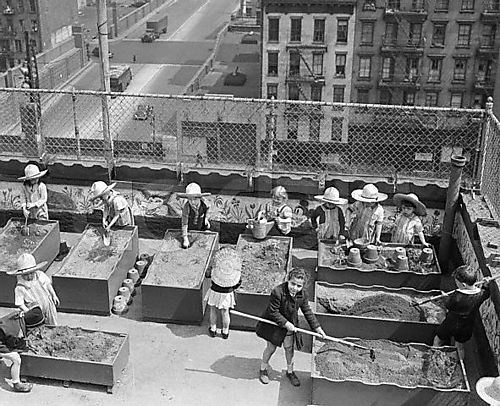 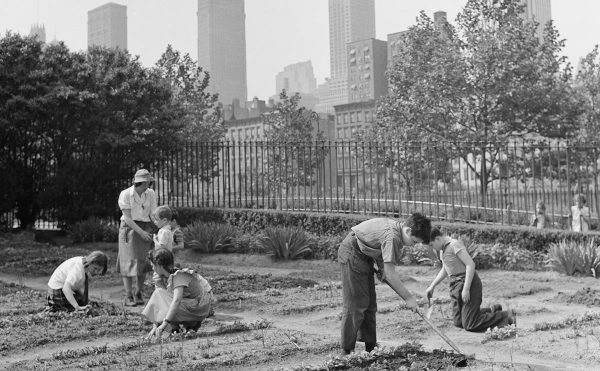 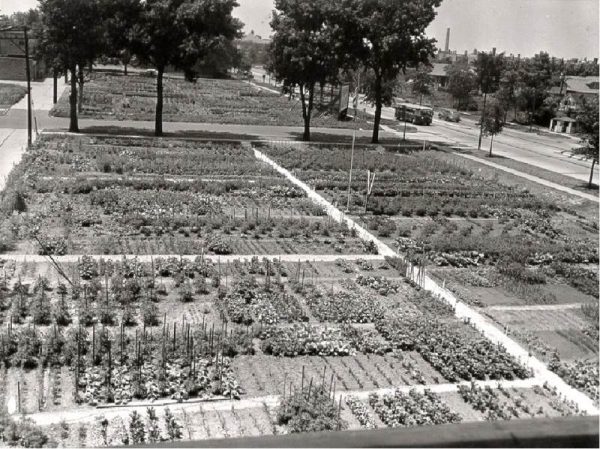 01 Jun 1946, Berlin, Germany — Ploughed up by British engineers and turned over to Berliners to raise vegetables, this area in front of the Reichstag in Berlin is shared by many families who hope to raise enough food to fend off starvation. One of the problems after potato planting is to keep thieves from stealing the seed potatoes out of the ground. — Image by © Bettmann/CORBIS 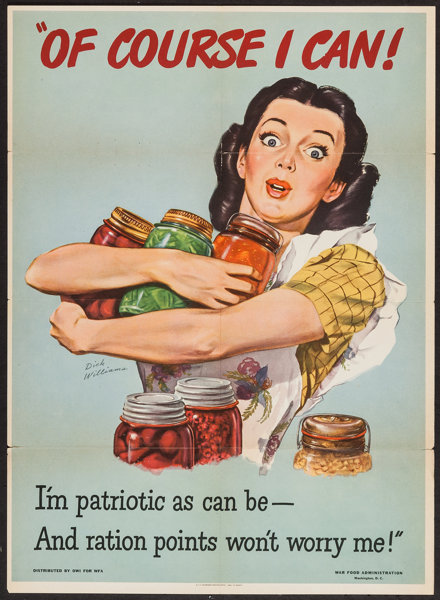 See also: Operational suggestions for community gardens for the duration of the epidemic 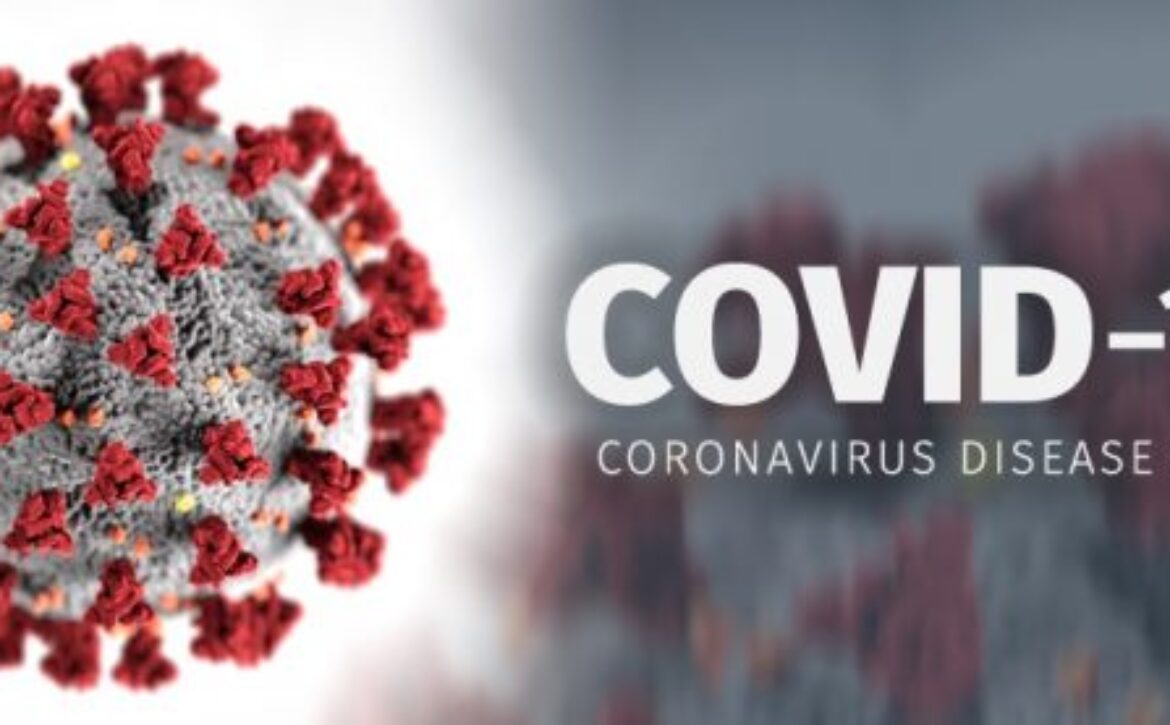 Operational suggestions for community gardens for the duration of the epidemic

Under no circumstances should anyone who feels sick, or has sick people around them, enter the garden.

Do not organize any community event in the garden until the epidemic is officially considered to be over.

All gardens should provide soap, water and sponges. Everyone entering AND leaving the garden should thoroughly wash their hands. Everyone should wipe the garden door handle with a disposable wipe or soapy water before touching it.

Everyone should wear gardening gloves and wash them regularly with soapy water.

There should be as few people as possible in the gardens at any one time, preferably only one family at a time. Make a schedule of who goes to the garden. Consult internal communication channels as to who will go, and when.

If more people are in the garden, a minimum of six steps should be kept from each other. Children are also subject to this rule.

Those who live far should avoid travel to the garden at this time, especially if that travel involves public transport.

If you used a common tool, after use wash thoroughly with soap and water before returning it to the garden storage.

If anyone can not go to the garden at this time for the above mentioned or other reasons, an agreement should be made with other members for attending (watering etc.) to their part of the garden.

Shared cultivation becomes more important at this time, and anyone going to the garden should take part in the communal maintenance of the garden.

It is important to consider uncultivated areas of the garden for planting crops. It will matter a lot in the fall!

You can plant seeds at home. Every garden has plastic hatching pots, and the tool storage area has seeds. Take soil home and plant seedlings at home. When the epidemic is over, you will have the plants to plant out in the garden. Plant more seedlings than usual, as crop plants will be a valuable asset.

The garden will be a very important part of life for every gardener during the coming months, so take care of it.

Sunbathe in the garden a lot and exercise because your body needs vitamin D.

The garden will be basically sterile when exposed to a lot of sunlight, but follow these protocols.

Power to the people

Britain’s villages are in the front line in a new battle over energy, with investors seeking big profits. But this is not about fracking for shale gas – this row is about hydro-electric power.

Supporters believe that a network of small hydro-electric generators in village streams and rivers could provide enough electricity to power one in 20 households. Kövess a Facebookon is!